These are too good I HAD to share!
I can’t stop making them, which probably defeats the “healthy” factor…
Chocolate Peanut Butter Covered Frozen Banana Bites!!! 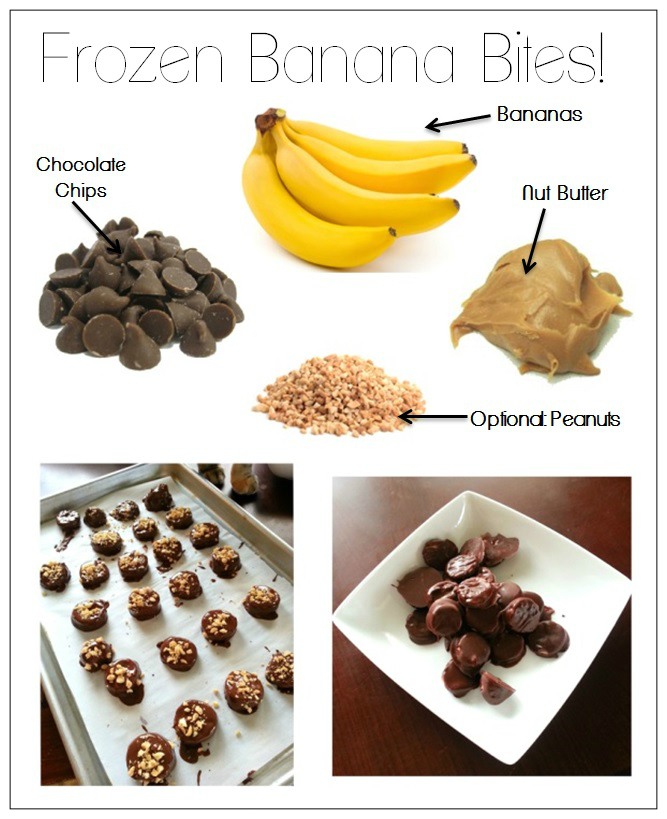 So incredibly easy and customize-able.
I got the idea from Pinterest here.
This is the recipe the original poster used:
– 2 Large Bananas
– 1/3 C. Dark Chocolate
– 1/4 C Almond Butter
**Instead of almond butter I used natural Adams peanut butter, and I used dark chocolate meltys from Winco. This recipe does work for 2 bananas so the proportions are pretty correct.
Instructions:
Slice up the bananas. Then put the chocolate and PB or nut butter together in a bowl and microwave for 1 minute, stir, then microwave in 30 second increments as needed till melted.
I used a fork to dip the nanners in the mixture and then the excess chocolate drips off. Then you put them on a parchment or wax paper lined baking sheet, and then stick em’ in your freezer!
After they’re frozen, I put them in a Ziploc baggie and then have a few for dessert every night.
The first time I stuck to the recipe, but every time I’ve made them after that I just wing it.
Last time I did half milk chocolate and half chocolate and they were EVEN BETTER than just dark chocolate, and I’m a huge dark chocolate fan.
Oh and I tried them with and without peanuts and I just think the peanuts take them to the next level, you should seriously try it even if you’re not a big peanut person.
Okay, now GO MAKE THEM!
xoxo

This error message is only visible to WordPress admins